17.08.2018
Beginning of filming of the National Film Project “Last Frontier”
All news

On August 16, 2018 in Podolsk before the Ivanovskoye estate, the shooting of a military historical film “Last Frontier”, about the feat of the Podolsk cadets in October 1941 near Moscow, has started.

The site was visited by guests who supported the film and the press.

Before the start of the filming, the Governor of the Moscow Region Andrey VOROBYEV, together with the general producer Igor Ugolnikov, the director Vadim Shmelev and the head of the Podolsk Municipal District, Nikolai Pestov, broke the plate by the cinema tradition. Every film crew has an unshakable tradition – on the first day of filming the director breaks a plate, with the names of all the participants of the crew written on it, on a camera tripod. 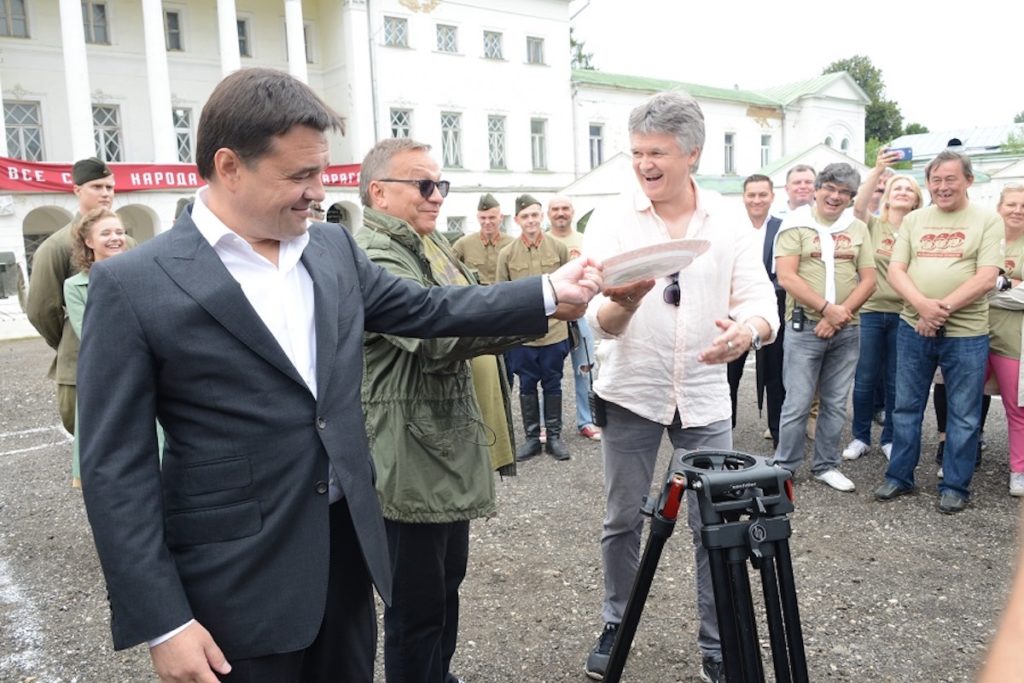 He noted that art allows you to preserve and multiply the memory of the heroes, and the film “Last Frontier” will play a very important role in this. The governor also expressed hope that the film will contribute to the patriotic education of the younger generation.

The deputy of the State Duma from Podolsk district, the great hockey player Vyacheslav Fetisov came to the set of the film – he supported the idea of ​​Igor Ugolnikov in his time – to make a film about the cadets who died near Moscow. 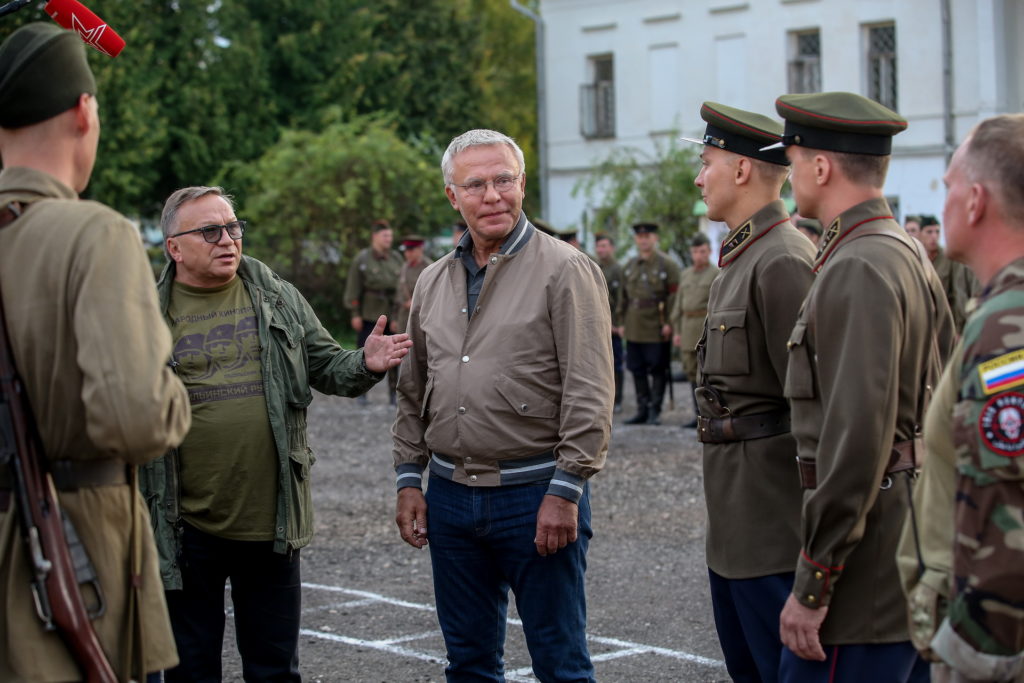 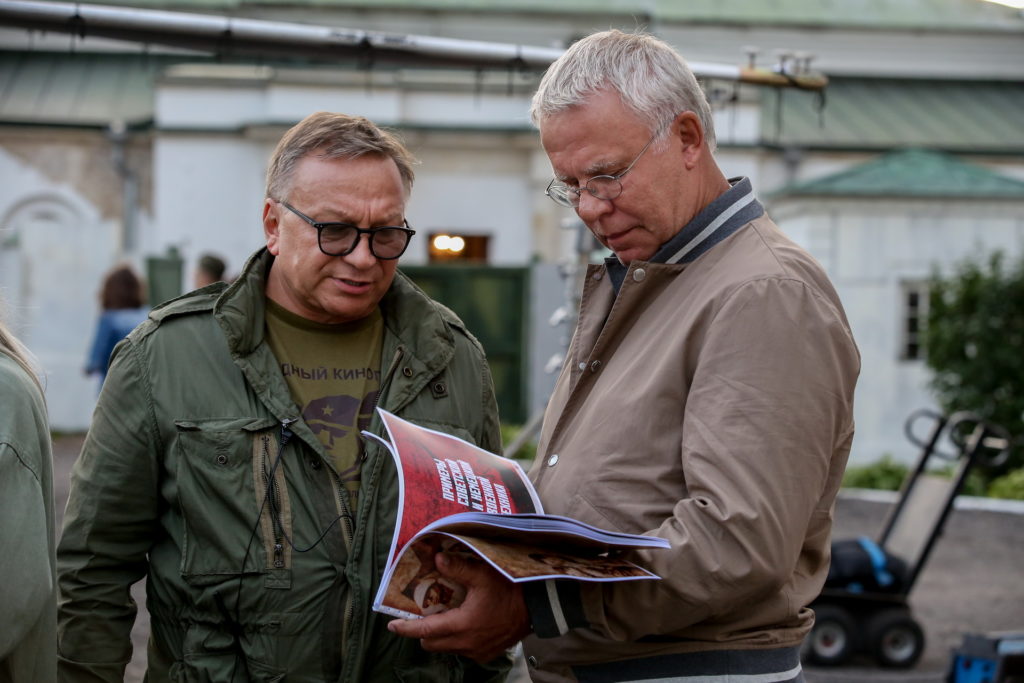 “The task of the film is not to make the country and the whole world fall in love, but to show the strength of the spirit that can not be defeated. Now the guys marched to the same song that the cadets sang in 1941. I even got goosebumps, and tears came to my eyes”, Vyacheslav Fetisov shared his impressions.

On the eve, before the filming of the military-historical picture “Last Frontier” on set, a prayer service for the beginning of a good cause was served.

The prayer service was served by the Archpriest Podolsk churches Protopriest Oleg Serdtsev. Members of the film crew, actors of the main roles and mass scenes took part in the prayer service. Father Oleg noted that the work of everyone who is engaged in working on the film is important and necessary, since it is a contribution to the perpetuation of the memory of the heroes of the Great Patriotic War, the bloodiest war of the twentieth century. 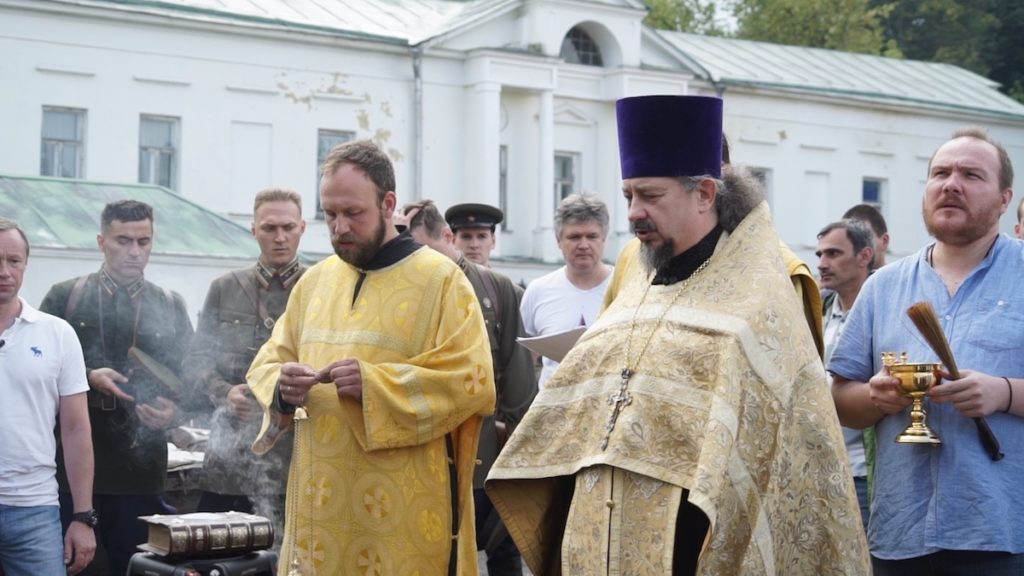 “Among the documents transferred by the Ministry of Defense, there was a list of names of Podolsk cadets, in which very little are mentioned as “killed” or “wounded”, most of them went missing. For us, the most important thing is to bring back the memory of the defenders of the Fatherland”, said Igor Ugolnikov, General Producer of the National Film Project “Last Frontier”.

“Here we are talking about boys, and suddenly they had to get in the car on Sunday, go to the front and remain there forever. What they had inside, which allowed not to let the Germans go further, that’s what our film is about”- said the director of the film Vadim Shmelev. 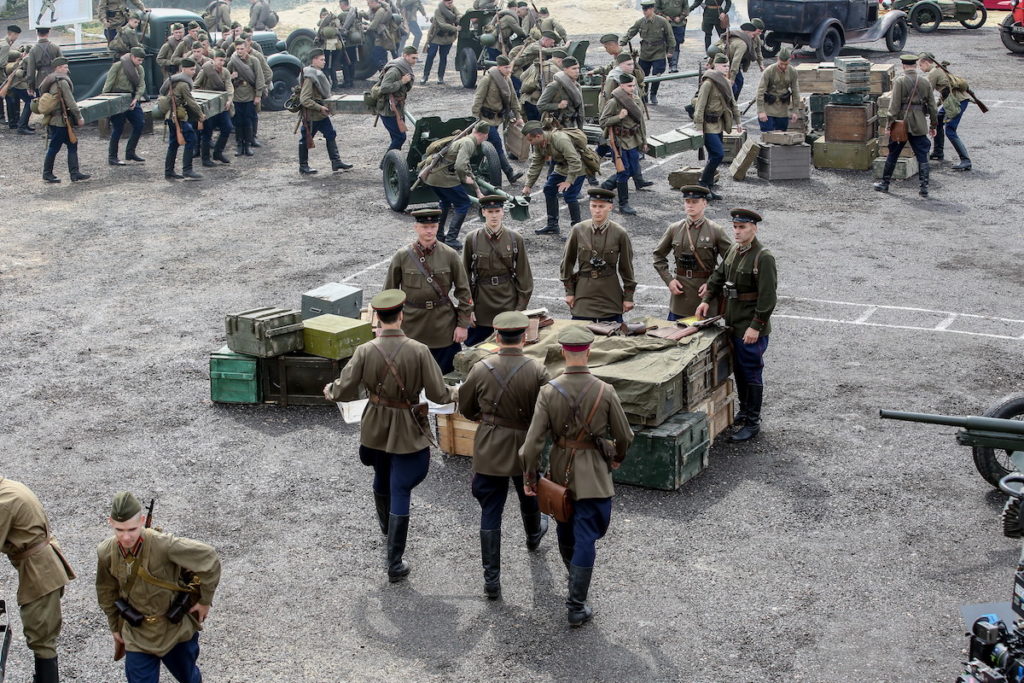 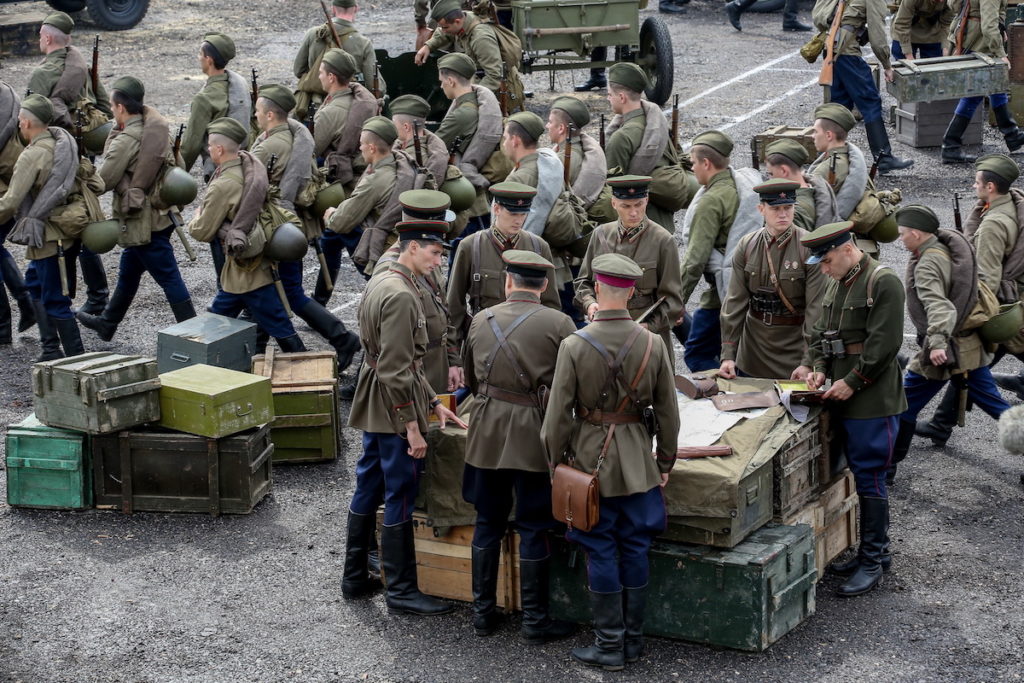 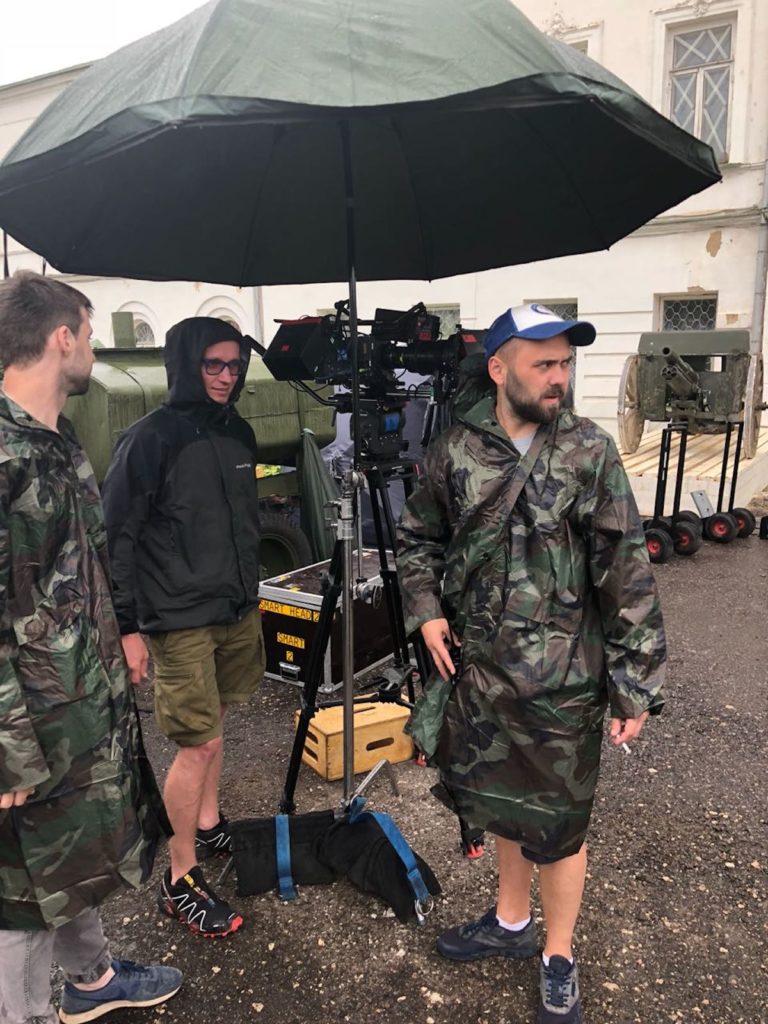 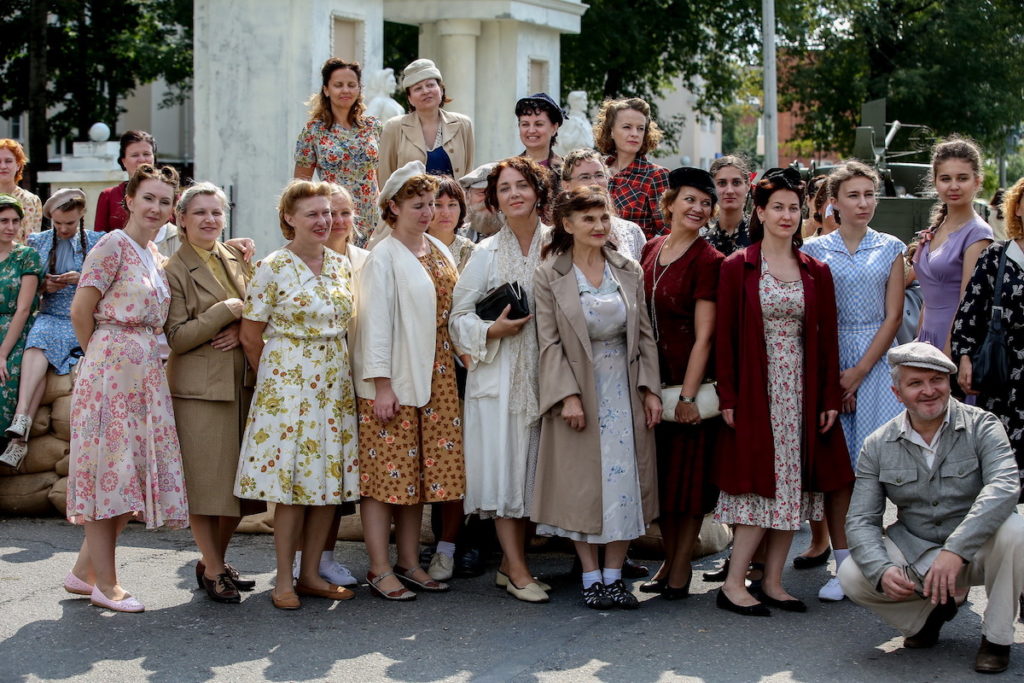 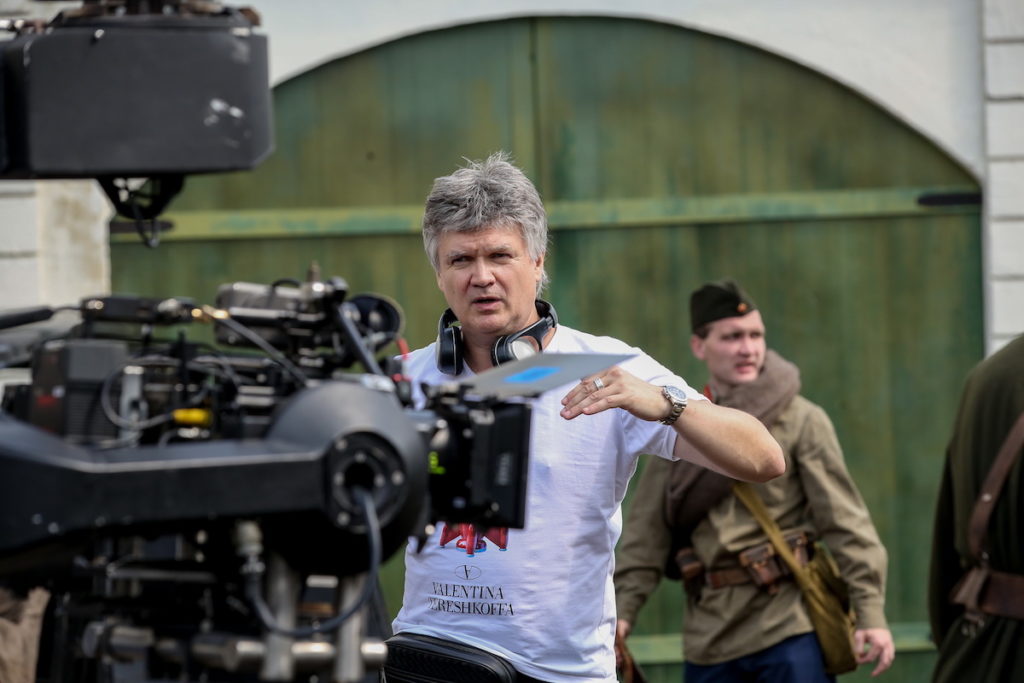 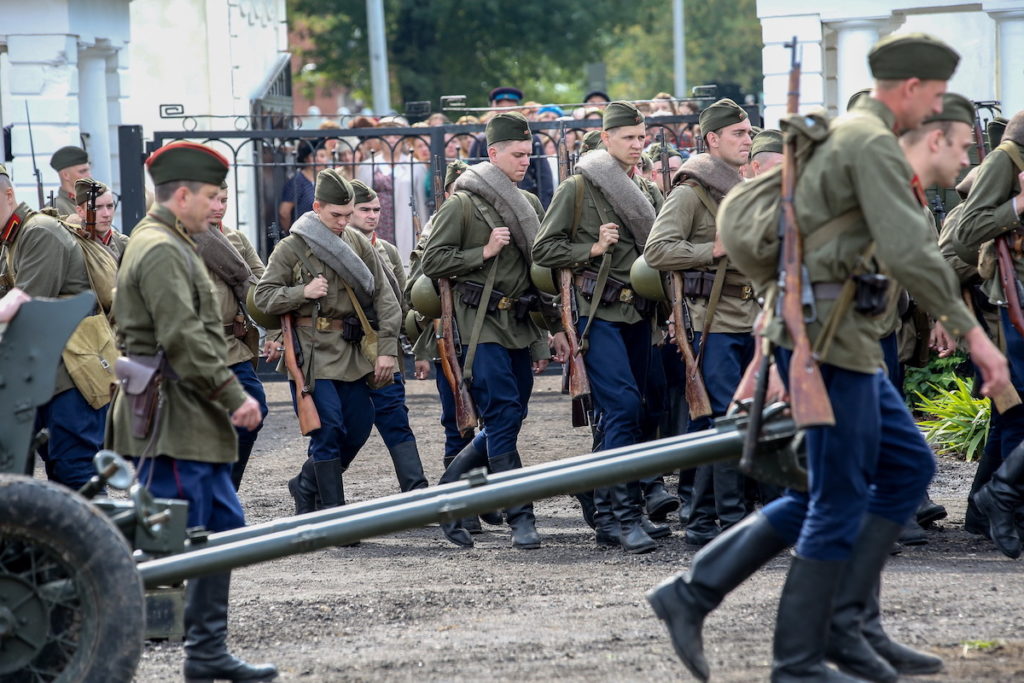 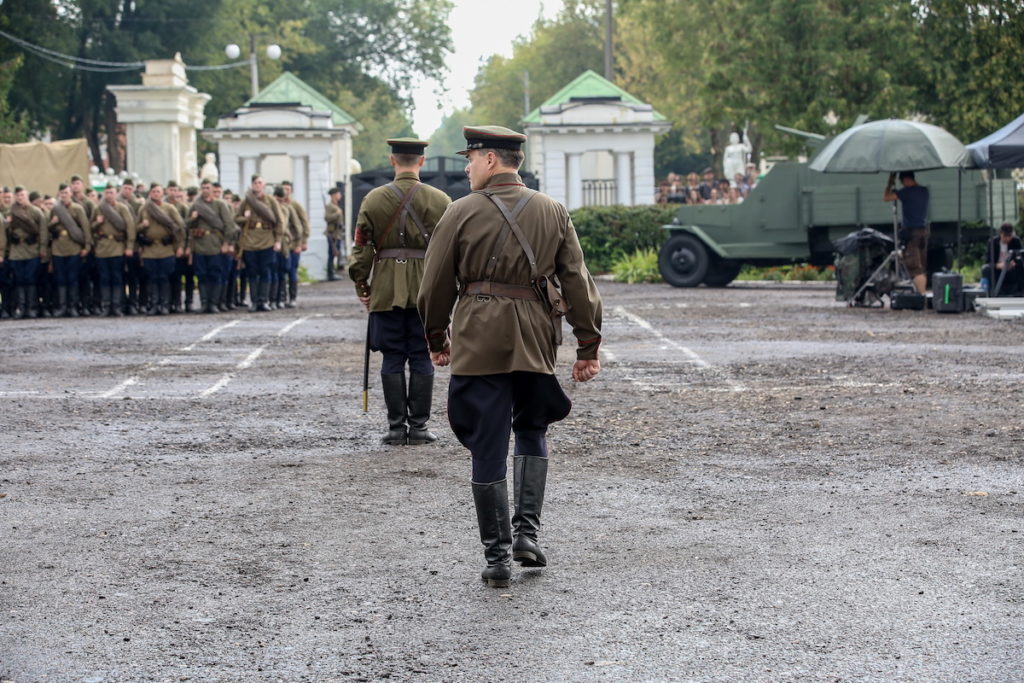 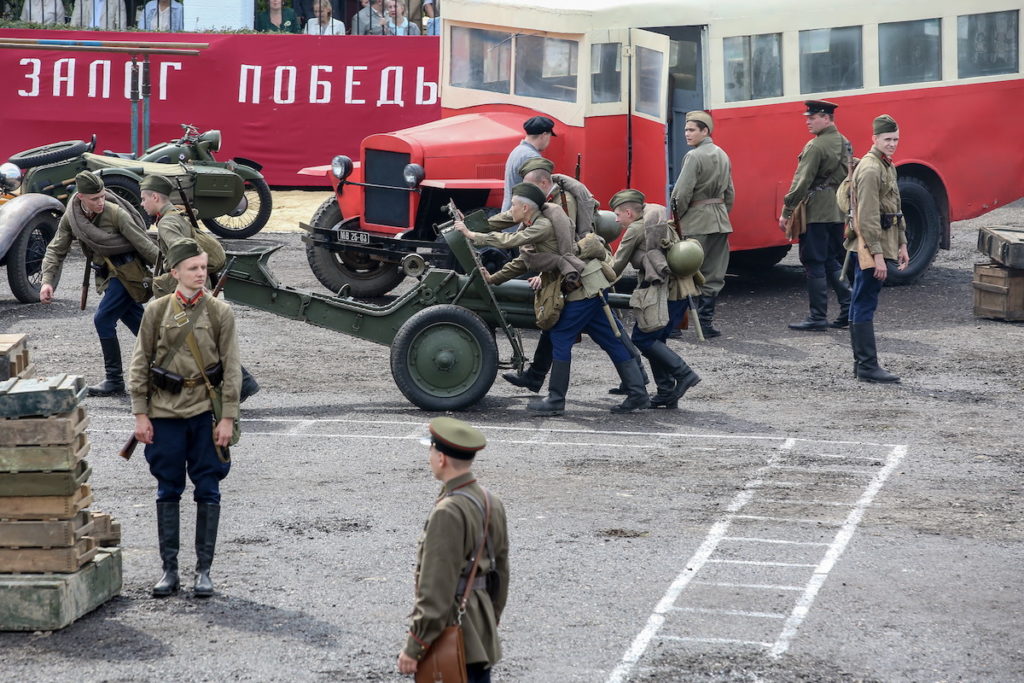 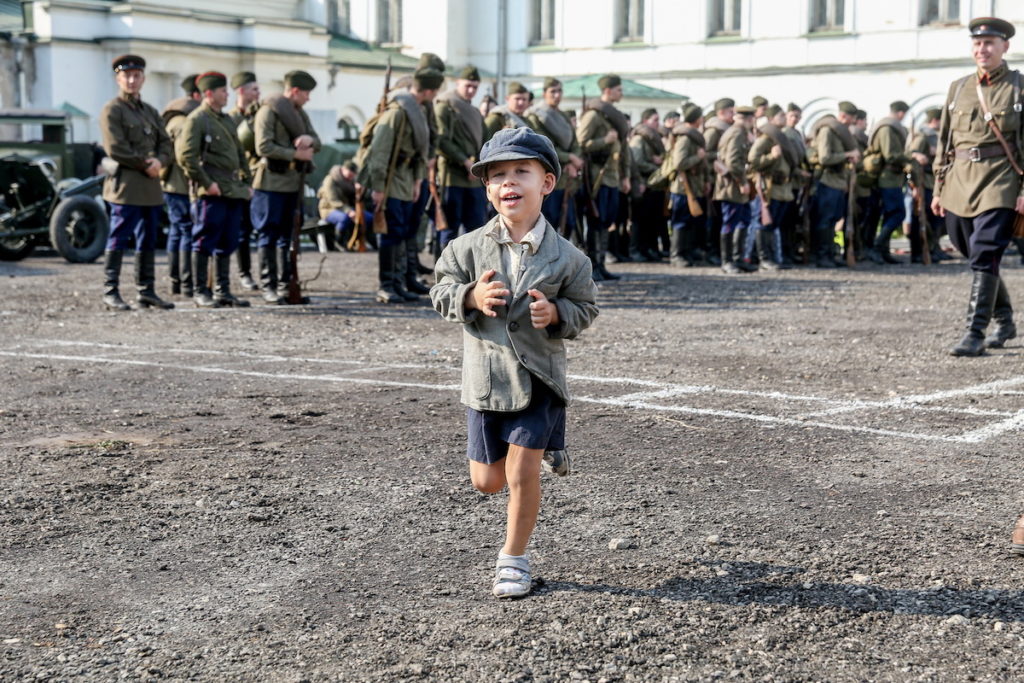 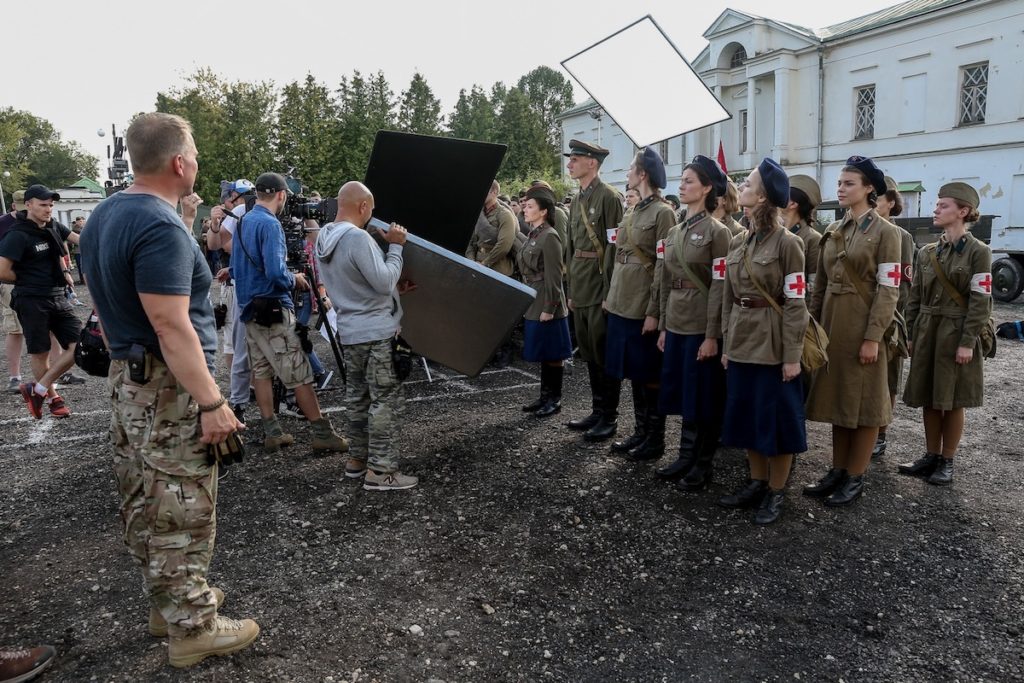 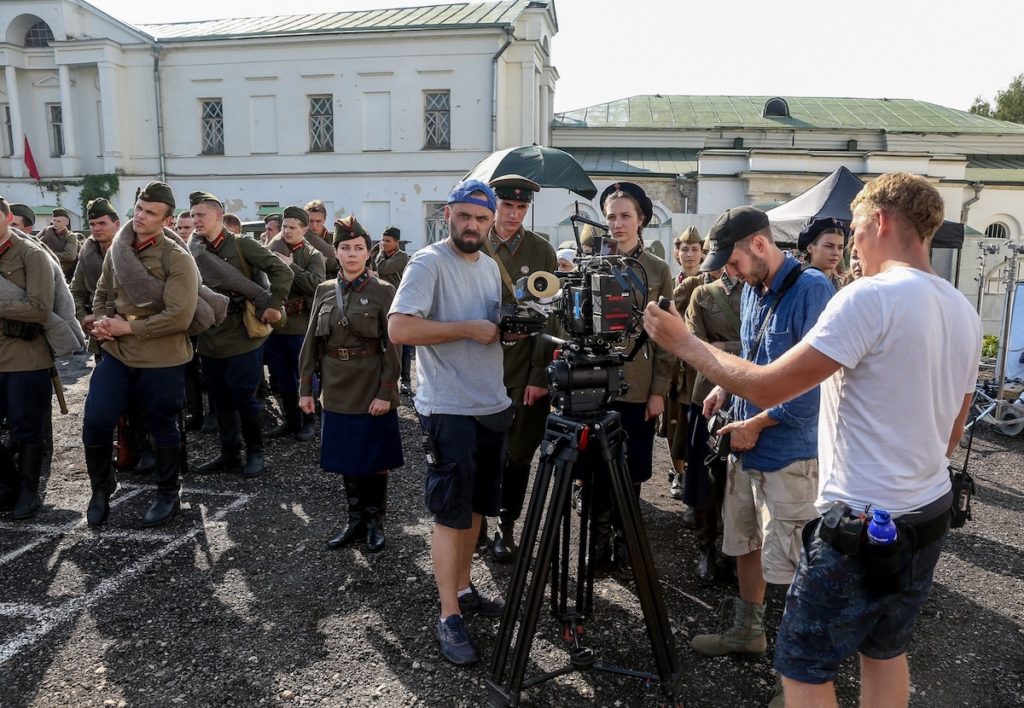 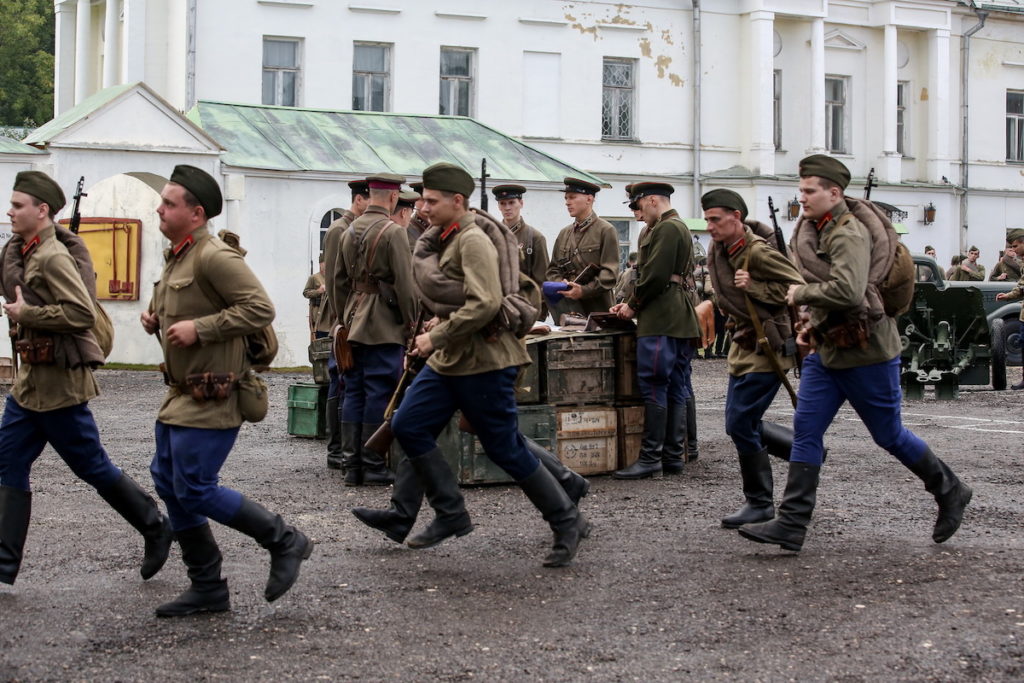 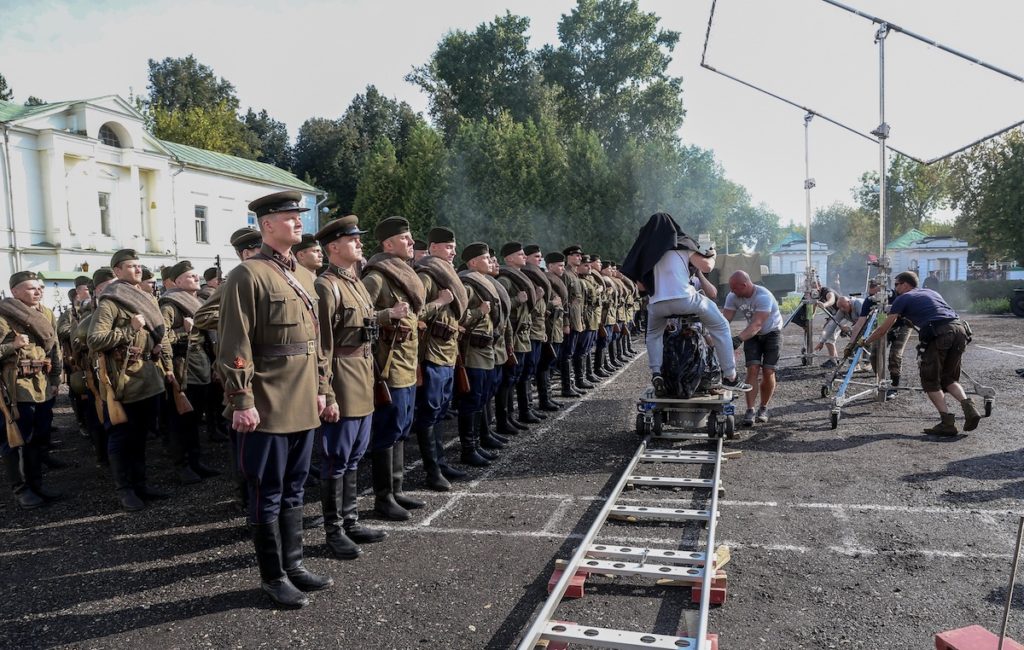 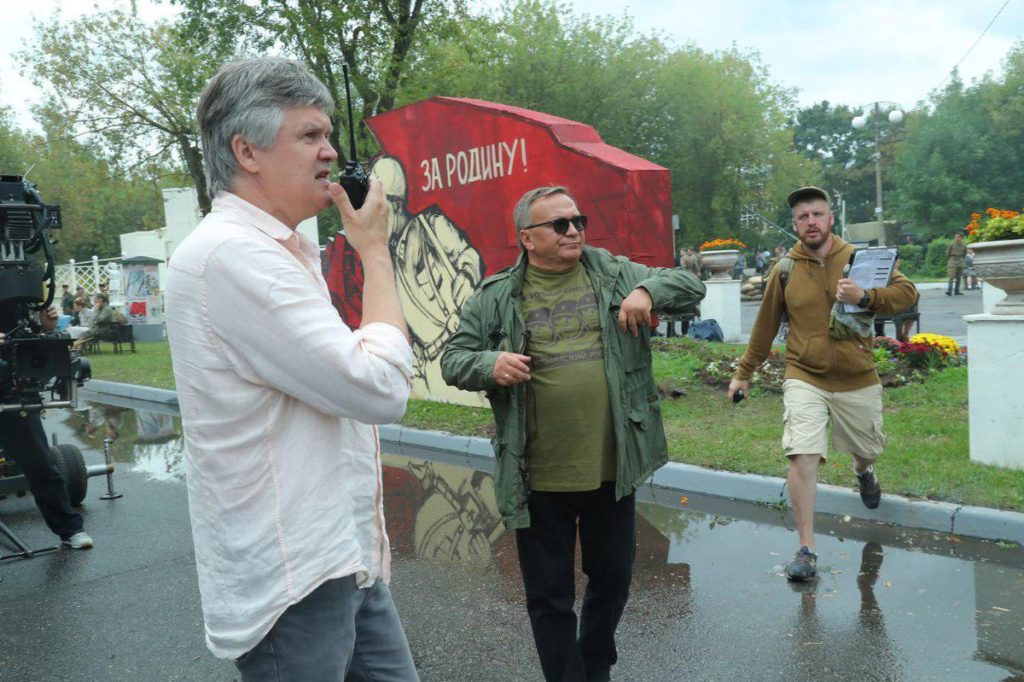 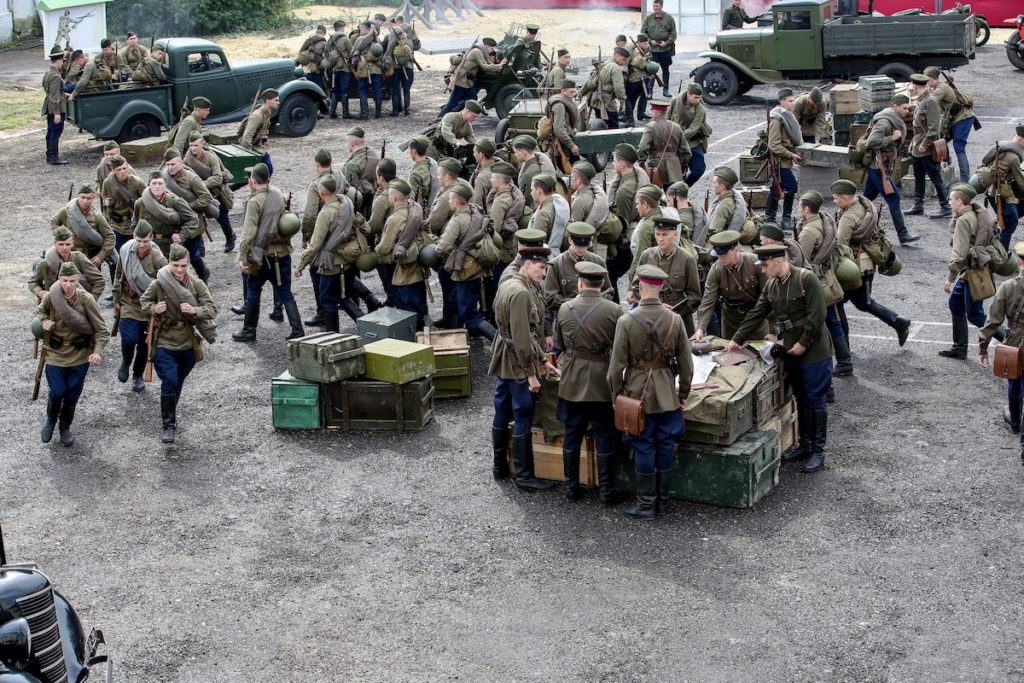 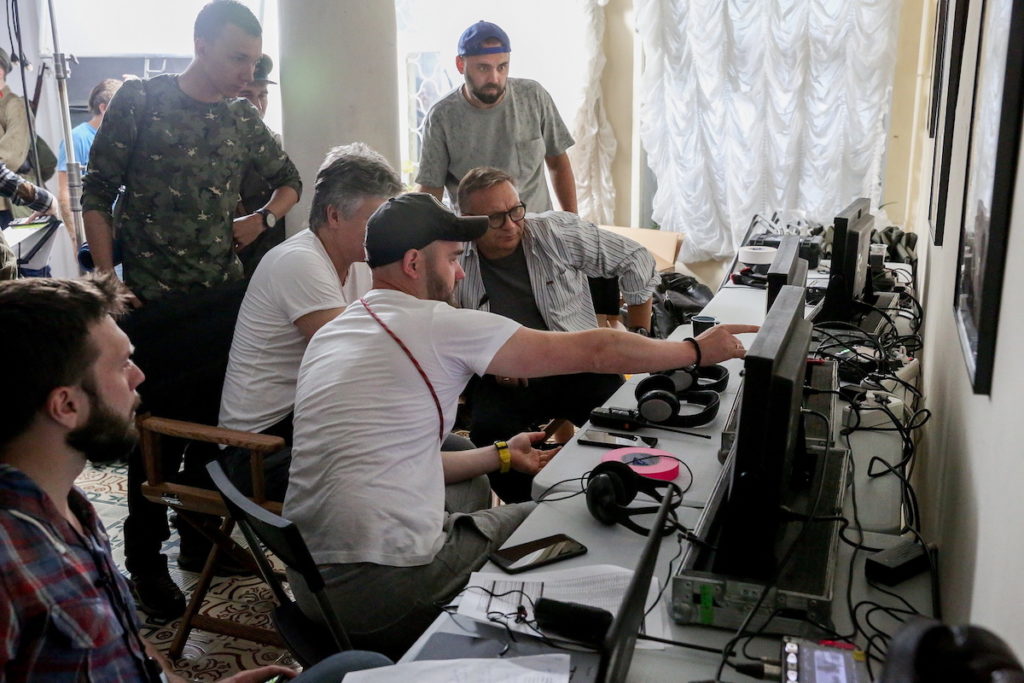 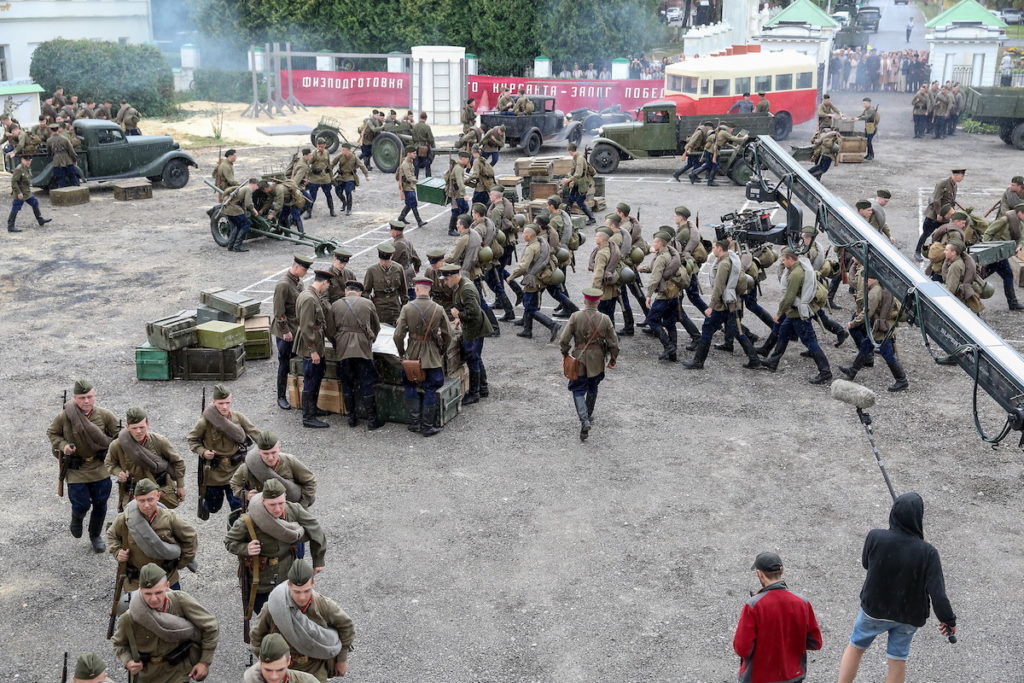 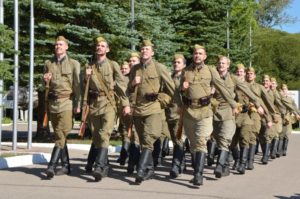 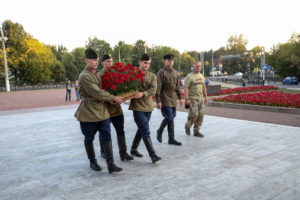 18.08.2018
The film crew of the movie “Last Frontier” honored the memory of Podolsk cadets
Learn More
Got information?
If you have information about the exploits of the Podolsk cadets, write to us
Write a letter