24.09.2018
“Banner” newspaper in Kaluga and Kaluga region: Sailors-submariners helped build the scenery of the “Last Frontier” in the Kaluga region
Все новости

The crew of the K-18-2 nuclear submarine strategic missile cruiser Karelia (military unit 20404-2), assigned to the port in the city of Gadzhievo, Murmansk region, once again visited the Medyn district of the Kaluga region. Sailors gloriously worked on the site of the film studio “Voenfilm”, where the filming of the film project “Last Frontier” is conducted. 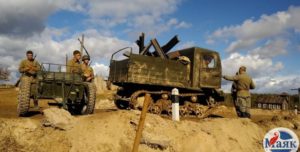 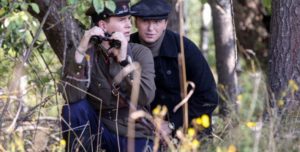 25.09.2018
The newspaper “Mayak”. Maloyaroslavets: “Frontier” lives. Take 1
Learn More
Got information?
If you have information about the exploits of the Podolsk cadets, write to us
Write a letter